My primary research interests focus on the systematics and biodiversity of a broad range of fungi, but I am particularly interested in the evolution of wood-inhabiting ascomycetes. Currently, I am involved in research projects on the systematics of several groups in the Sordariomycetes, the biodiversity of soil fungi, and a large-scale inventory of Great Lakes fungi. My research employs traditional taxonomic techniques such as field collecting, microscopy and culture in artificial media, while incorporating the latest technology in digital imaging, georeferencing and high-throughput DNA sequencing. I also serve as the director of the Fungarium /Herbarium and curator of fungi for the Illinois Natural History Survey and the University of Illinois collections.

Jason started working on his Ph.D. in Plant Biology in August 2019.  He will study the systematics of Rhytismytales.

Angela Yoon is an undergraduate student in SIB studying the systematics and evolution of false morels.

Rachel Bullock is an undergraduate student in iHealth studying the systematics and evolution of fungi.

Shivali Patel and Stephanie Nguyen spent four weeks in the lab during summer 2012 studying fungal communities in caves and mines as part of our Bat WNS research.  This was made possible through the I-STEM High School Summer Research Experience program.

Dr. Andrew Methven was a professor in the Department of Biological Sciences at Eastern Illinois University.  He is currently conducting molecular DNA sequencing studies to elucidate the phylogenetic relationships in the genera Clavaridelphus and Lentaria.

Yasmina Marín Félix (on the right) is a doctoral student from the University of Rovira and Virgili in Reus, Spain.  She visited the Miller Mycology Lab in July–August 2013 to learn how to collect, identify, and sequence wood-inhabiting ascomycetes.

Roger Fagner Ribeiro Melo is a doctoral student from the Federal University of Pernambuco in Recife, Brazil.  He visited the Miller Mycology Lab from August 2013 to January 2014 to learn how to identify dung-inhabiting ascomycetes.

Dr. Alberto Miguel Stchigel is a professor in the Mycology Unit, Faculty of Medicine at the University of Rovira and Virgili in Reus, Spain.  He visited the Miller Mycology Lab in July 2014 to assist in the identification of cave/mine fungi.

Dr. Hu Hongli is from the College of Plant Protection, Fujian Agriculture & Forestry University, Fuzhou, Fujian Province.  She worked on the systematics of Elsinoë in 2018 as a visiting scholar.

Stephany Mendieta Yañez is an undergraduate student visiting from the Universidad Peruana Cayetano Heredia in Lima, Peru.  She is working on the molecular identification of tropical mushrooms from the Amazon. 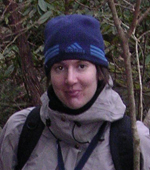 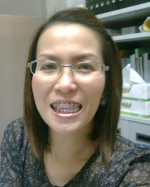 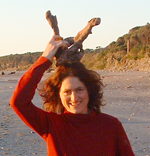 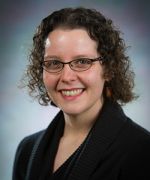 Elizabeth Bach joined the Miller Lab from 2014-2016.  Her research interests focus on soil ecology and tallgrass prairie restoration.  She is specifically interested in the role of soil fungal communities and soil structure in mediating organic matter decomposition and resulting ecosystem C and N storage and cycling.  Find out more about her research at:  soilorgainicmatters.org

Daniel Radaubaugh completed his Masters degree in Plant Biology in May 2014.  He worked with the Bat White-Nose Syndrome group and his research focused on carbon and nitrogen utilization of fungal isolates found on hibernating bats in caves and mines.  Dan completed his Ph.D. in Plant Biology in August 2019 where he studied the species distribution, phylogenetic structure and functional roles of detritus inhabiting fungi in peatland bogs and streams. 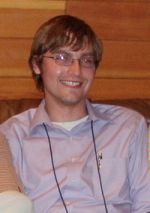 Vince Hustad graduated with his Ph.D. in Plant  Biology in 2015 and is now the Instructor of Biology in the Math and Science Division at Rend Lake College. His research focused on the phylogenetic relationships and biogeography of the Geoglossomycetes (earth tongues).  Vince is interested in the systematics and biodiversity of discomycetes (cup fungi).  Check out his work in the Great Smoky Mountains National Park at:  http://www.dlia.org/grant/inventory-discomycetes-ascomycota-fungi-great-smoky-mountains-national-park

Steve Zelski graduated with his Ph.D. in Plant  Biology in 2015.  His research focused on the phylogenetic relationships of the Annulatascaceae.  Steve was co-advised with Dr. Carol Shearer.

Davi Augusto Carneiro de Almeida graduated with his Ph.D. at the Universidade Estadual de Feira de Santana in Bahia, Brazil in 2015.  His research focused on the biodiversity of terrestrial ascomycetes in three conservation areas throughout the semi-arid Caatinga biome of Brazil.  Davi was co-advised with Dr. Luís Fernando Pascholati Gusmão.  Davi visited the Miller Mycology Lab from June 2013 to May 2014. 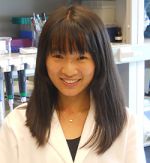 Yiwen Xiang was a Ph.D. candidate in Crop Sciences.  Her research focused on the identification of fungi causing powdery mildew on cucurbits in Illinois and determination of the baseline sensitivity to DMI, QoI, SDHI, quinozyfen, and cyflufenamid.  Yiwen was co-advised with Dr. Mohammad Babadoost.

Hannah Wahl was a M.S. student in Plant Biology.  Her research focused on the diversity and phylogeny of Great Lakes fungi.

Preeti Chaudhary was a M.S. student in Plant Biology.  She studied the systematics of the Lasiosphaeris hirsuta species complex.

Dan Wells was an undergraduate student in SIB studying fungal endophytes of mosses and ferns. 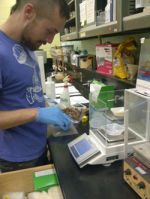 Sean Mullahy graduated in 2013 with a B.S. degree in Horticulture.  He studied the biodiversity of endophytes in apple and peach trees.  Sean joined Dr. Lindsey du Toit’s vegetable seed pathology program at Washington State University in January 2014 as an M.S. student. 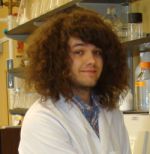 Jason Newton was an undergraduate student in SIB who studied host specificity in yellow morels.

Gretchen Anchor was an undergraduate student in ACES (co-advised with Dr. Nohra Mateus-Pinilla) who studied the affects of storage time and storage temperature on fungal diversity. 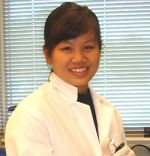 Mary Hong was an undergraduate student in SIB studying species concepts in puffballs. 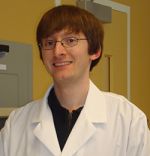 Jeremy Wurl was an undergraduate student in SIB studying the diversity of soil fungi in Utah soils.  He is now working with our colleague, Dr. Robert Cichewicz, at the University of Oklahoma on fungal secondary metabolites.

Abraham Matlak was an undergraduate student in SIB studying the systematics and evolution of false morels. 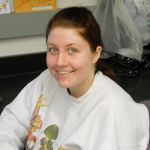 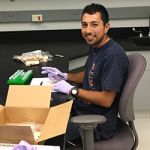 Alejandro Zavala was an undergraduate student in SIB exploring the phylogenetic species concepts in Lactarius deliciosus.

Joseph Hindi was an undergraduate student in MCB studying the application of species delimitation models to the genus Penicillium.

Evan London was an undergraduate student working on the Great Lakes NIH project isolating and identifying fungi from the bottom of Lake Michigan. 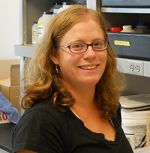 Tiffany Bone was the technician extraordinaire for our NIH grant on Great Lakes fungi.  She enjoys isolating, culturing, and sequencing hundreds of fungal isolates in the molecular lab. 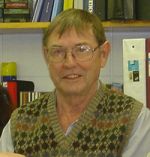 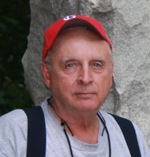